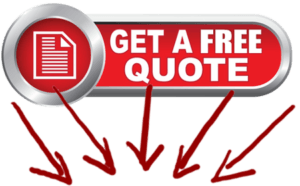 The term stucco is quite indistinct, which also refers to stucco from Portland cement, but on other occasions, it is called EIFS or synthetic stucco. Renovating with stucco or building a new home with stucco reduces your costs of heating in two methods. The leading one is through the reduction of infiltration of air in the walls and the second one is through reduction of the heat transferred via the walls through the addition of insulation to the exterior.

Infiltration of air occurs when there is a gap. The gap showcases on its siding and also between the studs. On the majority of homes, siding is not tight for air, allowing the air to pass through the loosely connected vinyl or weeping vents in the bricks. The following layer is for defense and it acts as a weather barrier, which is a building wrap that is eight feet in height and overlaps at the seams. The seams rarely get sealed, resulting in gaps in the whole length of the homestead wherever the wrap of the building is overlapped.

After the air passing through the weather barrier, it comes into contact with the sheathing. This is always a composite wood, either particleboard or plywood, or the exterior drywall, which gets butted against each other and is rarely sealed. The invading air reaches studs with loose insulation, which provides minimal or no airflow resistance. Take into account that one percent air leak in the wall can end up reducing the effectiveness of the insulation of your new construction stucco by sixty percent, and you have an understanding as to why air leakage is a big problem.

New construction stucco from Florida professionals solves this issue by applying a trowel, which is a continuous weather barrier on the sheathing. The exterior drywall or plywood gets covered, including the joints, sealing your walls completely from a possible infiltration of air. The used material is one that adheres to materials surrounding it, creating one, the monolithic barrier to air.

This barrier is continuous and serves as a surface to give water allowance and moisture to run the wall, making sure that it does not come into contact with the studs and sheathing to form mold and rot.

Heat gets transferred constantly via the walls also, whether it is heat leaving the interiors during winter or infiltration of heat into your interiors during the summer. Materials like insulation transfer less heat than any other materials, like metal or wood, and such as value for the ability to separate the exterior and interior climate. The issue with traditional stud insulation is that it is just effective where it is existent.

You realize that apart from just adding the exterior insulation, it plays a large role in making the home comfortable through the reduction of infiltration. No other products of cladding on the market will solve these issues well at prices that anybody can afford.

Customers prefer using new construction stucco from https://www.eifsfloridastucco.com over other products to maintain the architectural looks of the home. The stucco moldings get redeveloped in many sizes and shapes and some clients choose modern looks over retro images. Nonetheless, there are clients that would like to keep the retro looks to their properties because they would like to keep their character. Stucco firms should have the ability to offer services regardless of if the customer wants an old-fashioned or contemporary look on their property.

Why is it cost-effective?

It is worth noting that having stucco is extremely cost-effective because methods of production have changed with time. With technological advancements, the production of molding has reduced in pricing. So, it becomes cheaper for the applicators to purchase their items. Due to this, firms can become more competitive when it comes to pricing and still make a margin. Having new construction stucco can get installed on the property cheaply minus sacrificing your product quality. In case you have worries about the property and want to add stucco, you have to do it.

New construction stucco installations are not where you want to take shortcuts. And yet, many building owners do just that. In just a short period, brand-new buildings develop mold and mildew growth, as well as other structural concerns, all because they chose a contractor who didn’t know what they were doing. As a result, your new building looks and performs like a much older one. You may even wind up closing up for weeks while a renovation team rebuilds! Instead, you can hire our team for your new stucco installations. We achieve better results faster, all at affordable pricing. Call us today for your new construction project and see the difference.

Here is a list of our services you can get at Florida EIFS Stucco Texturing Repair Services: